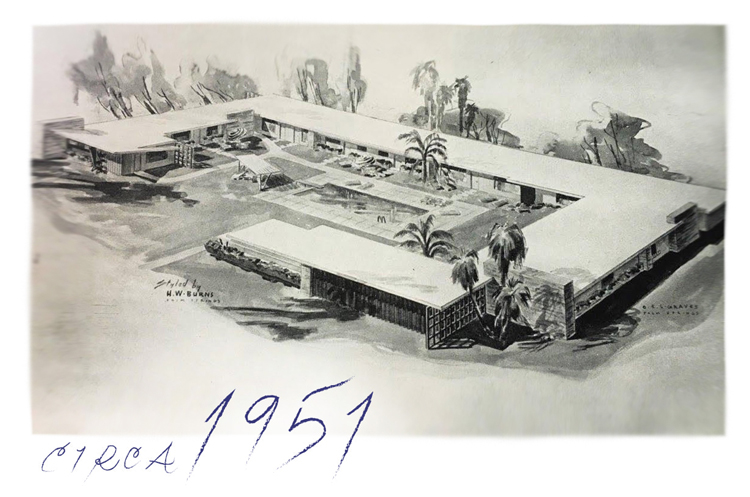 The Holiday House Palm Springs was originally built in 1951 ​and was a project of​ mid-century architectural designer Herbert W. Burns. Burns was one of the most important figures in helping to define Palm Springs modernist style, or what has now become mid-century modern. Known for a less austere approach to modernism than Frey or Lautner, Burns’ strong composition and clear lines stressed livability and humility.

When it first opened, the Holiday House was billed as the newest “luxury hotel” in Palm Springs, and catered to what they referred to as “exclusive select clientele”.  For years, the Holiday House ranked as one of the top hotels in Palm Springs. Since its inception, the hotel has changed hands and has garnered many different names and identities. Most recently it operated as The Chase Hotel.​ In 2017, Holiday House re-open​ed​
with its original name and spirit.